Home → Did you know? 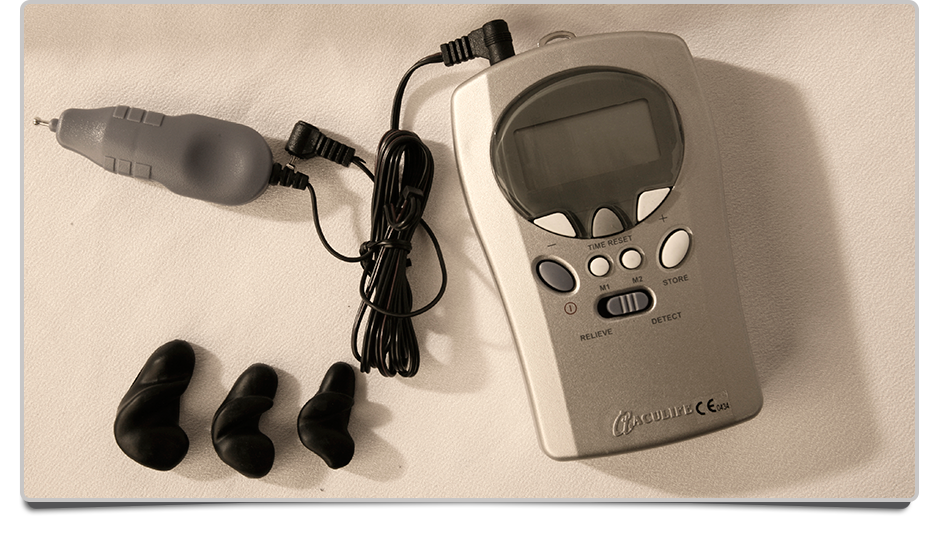 Physiotherapists and other health professionals increasingly use acupuncture, thought field therapy and reflexology in conjunction with other treatments that embrace the philosophy of treating and balancing the whole body.

Magnetic therapies or acupuncture don’t actually ‘cure’ anything – nor do they ever claim to. Their role is to stimulate the body’s natural defense mechanisms into extraordinary action. Aculife does this by creating a magnetic wave from the palm of the hand to the ear and this wave action goes to the root of any energy blockages in the meridians in the body. It is a mirror of traditional acupuncture, without the needles.

The Aculife Magnetic Wave Therapist really works. In excess of one million people are now believed to have experienced using the Aculife for health diagnosis. Although it may have begun as a party game for some, it has quickly convinced users that it gives an accurate diagnosis of health issues, which can then be brought to the attention of their general medical practitioners.

Although the Aculife Magnetic Wave Therapist does not claim to be a ‘cure all’, more and more users are reporting pain relief from debilitating medical conditions and irritants such as back pain, period pain and headaches, following a single 15-minute session.

The beauty of this product is that there are no known side effects to the treatment. It simply uses the chemistry of your own body to release pain blockers. There have never been any reported detrimental side effects from any magnetic therapies – despite literally hundreds of millions of users. It’s the perfect solution for people that prefer not to inject or ingest chemical remedies.Numerically, more people in the world look after their health based on the principle of Yin/Yang balance than on the traditional western approach of using drugs to address specific ailments.

In many western societies, it is a known fact that men will rarely agree to see a medical practitioner unless they have acute health problems, and even then they are forced to see a doctor by their spouse. This philosophy of ‘it might be better tomorrow’ can cause many men to wait too long to deal with illnesses that often become life threatening. The Aculife Magnetic Wave Therapist allows the reluctant male to perform regular tests on his health status and to quickly diagnose any health problems. Once a health problem has been identified he can then comfortably go to his General Practitioner in the knowledge that the problem was not in fact just his imagination.

Magnetism has been used for centuries around the world to improve performance and recovery from illness and injury. In Germany and the United States, therapists have recognized since 1957 that pulsed magnetic treatments can accelerate the repair of bone fractures.

The cost of medical care has been widely reported to be going through the roof in recent years. A single visit to a General Practitioner can cost $100 or more. Interestingly, about 30% of all GP appointments are for a ‘Check Up’. The Aculife Magnetic Wave Therapist will quickly pay for itself in the average family from detection use alone. Once you factor in the cost of prescription medicines on top of this for simple routine ailments, it becomes clear that Aculife offers tremendous value in any household. Anybody can use the Aculife at home at any time to check his or her state of health. Traditional Acupuncture is an effective form of medical treatment and can treat diseases that are considered untreatable by western medicine, but it can be painful and inconvenient.

On the other hand, the drugs and injections associated with Western treatments often bring unwanted side affects. Aculife offers many of the benefits of traditional Eastern medicine without painful needles and avoids the side affects of Western medicine as no drugs are used. Clearly the best of both worlds.

Complementary therapies are gaining rapid acceptance in western societies and you will find that major health insurers now offer insurance cover for these treatments. This is a clear endorsement for alternative medicine.